Last night (19 Aug), 31 youth activists were arrested and dragged away by the police for holding a peaceful “candlelight vigil” at Dataran Merdeka in memory of the 13,000 people who have died due to Covid-19 in Malaysia.

According to NST, the People’s Solidarity Secretariat organised the event, the same group that organised the #Lawan rally. The event was scheduled to start at 8pm, but was apparently called off at the last minute.

However, several people still turned up, probably unaware that the rally had been called off. 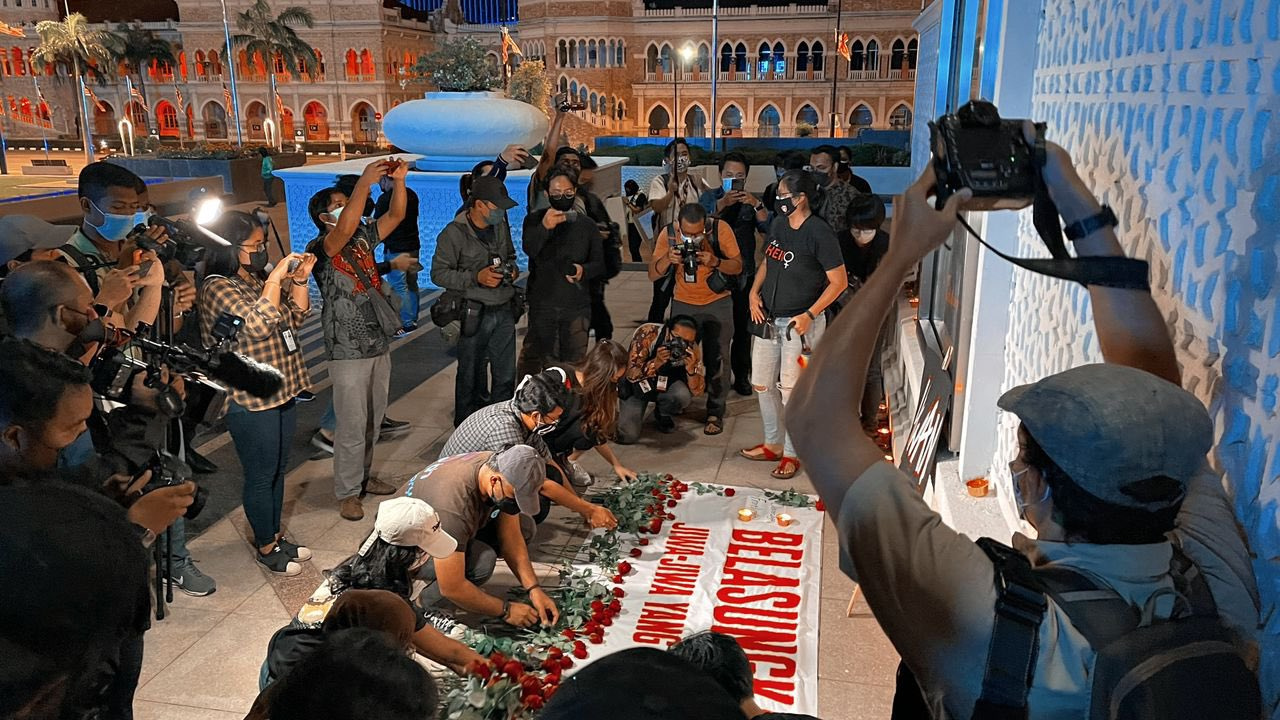 Police dragged the participants by force

The police arrived not long after and detained 17 men and 14 women, some of whom were dragged by force without being read their rights and brought to the Dang Wangi headquarters. The police reportedly did not even tell them the reason why they were being arrested.

In the video, individuals were seen asking police officers, “Are we being arrested?”. However, they were never given an answer and were then dragged into the back of the police lorry.

Nalina, who was one of the participants there, documented the whole ordeal in her Instagram Live.

In one instance, she can be heard shouting,

“I’m not going anywhere until my rights are read to me!”

“I want to cooperate but am I being arrested??” while forcefully being dragged by police officers.

The participants had their handphones and Identification Cards (IC) seized and were questioned by the police.

UPDATE all the girls are now in a black mamba being brought to IPD Dang Wangi for making a vigil. this is malaysia now #LawanTetapLawan #Lawan #lawanintimidasi pic.twitter.com/SsZATE73WM

The case went viral as PDRM was seen using force to haul individuals and many deemed this as unnecessary. Additionally, many highlighted that it was dangerous to cramp the participants into the back of the police truck without any safe distancing.

It was learnt that lawyers who arrived at the Dang Wangi police station were not allowed in for almost an hour, after which only two lawyers were allowed to enter the station.

According to updates on Twitter, the participants were released one by one with an RM2,000 fine after their statements were recorded.

PDRM said that the case is investigated under Section 9 of the Peaceful Assembly Act 2021 as they’ve failed to notify authorities of the gathering. The participants are also investigated for ‘gathering’ during a pandemic even though SOPs & safe distancing was practiced. 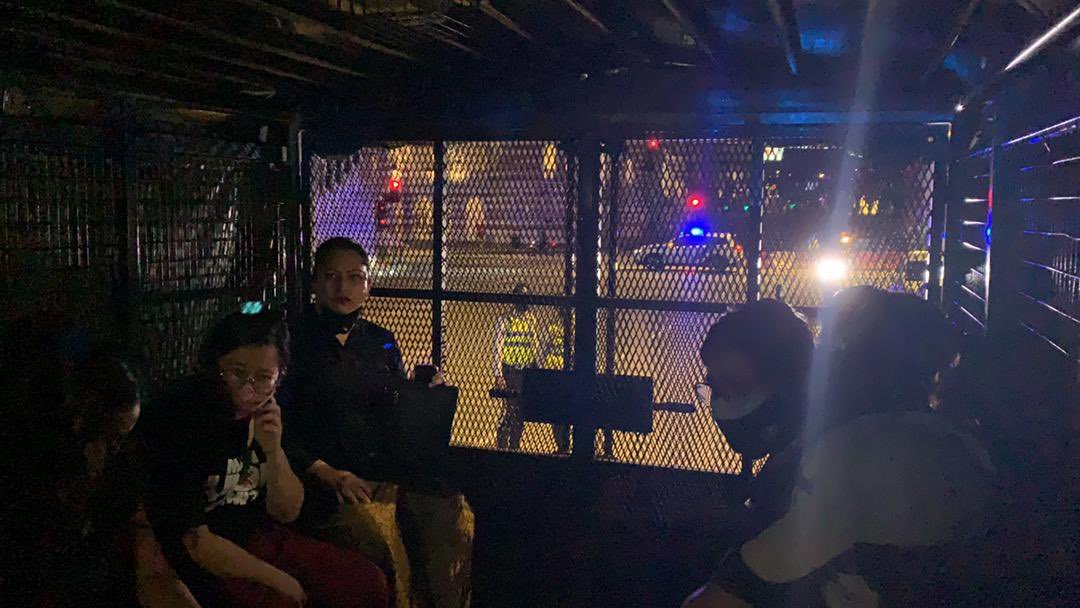 Undi18 have since released a statement, condemning the intimidation and lawful arrests made by the police against the participants.

They said that about 50 participants attended the candlelight vigil while strictly observing physical distancing per Covid-19 standard operating procedures (SOP).

“Undi18 asserts that the lawful actions exercised by the police violated three fundamental rights guaranteed by the Federal Constitution: the right to assemble peaceably, the right to be informed of the grounds of their arrest, and right the legal representation,” the statement said.

“No citizen should be arrested without any reason and face police intimidation for gathering peacefully.”

#LawanIntimidasi is now trending on Twitter, but no official police reports have been released yet.